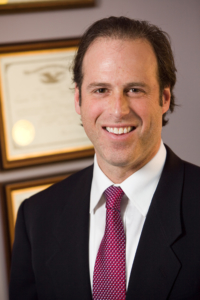 From 1986 to 2018, Judah D. Greenblatt specialized in construction litigation. In 1986, Mr. Greenblatt joined the New York firm of McDonough, Marcus, Cohn & Tretter, LLC and became a member of that firm in 1994. In 1997, Mr. Greenblatt left McDonough to co-found Greenblatt, Softness & Lesser, LLP. In 2007, Mr. Greenblatt co-founded Greenblatt Lesser LLP and retired from active practice in 2018 to become a Mediator and an Arbitrator.

Mr. Greenblatt is a 1981 graduate of Rutgers University and a 1984 graduate of Washington College of Law. He received his licenses to practice law in the State Courts of New Jersey and New York in 1985 and in the State Court of Connecticut in 1994. Mr. Greenblatt also received licenses to practice in the Federal Courts for the District of New Jersey in 1985, Southern and Eastern Districts of New York in 1986, Eastern District of Michigan in 2004, United States Court of Appeals for the Second Circuit in 1997 and U.S. Court of Appeals for the Third Circuit in 2002.

He does pro bono work for the Women’s Rights Information Center in Englewood, New Jersey and for the United States District Court for the Southern District of New York and New York County Supreme Court.

Judah Greenblatt is an avid triathlete, having competed in sprint, olympic and ironman distance events. He is also a long distance runner having completed several half and full marathons.